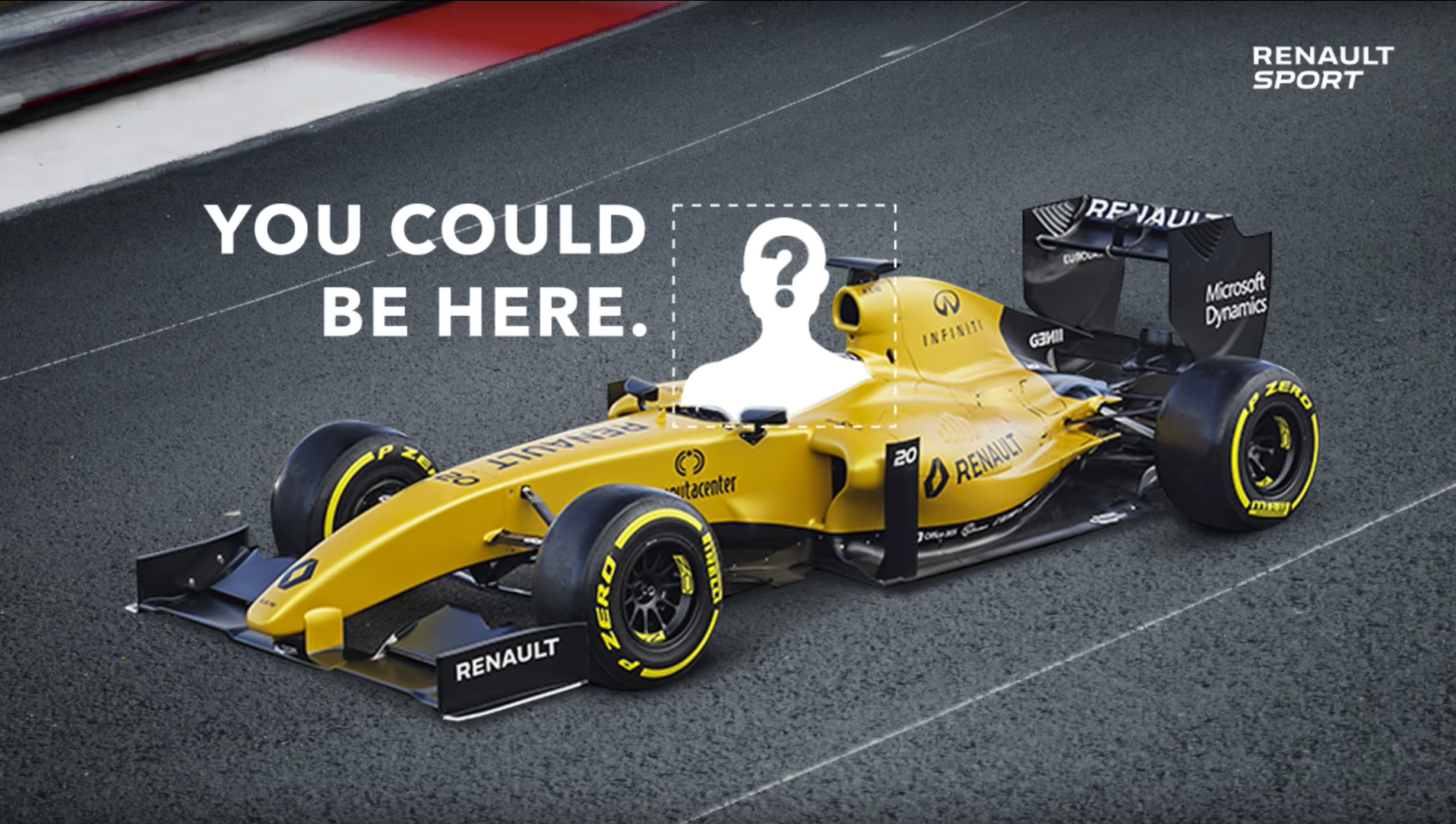 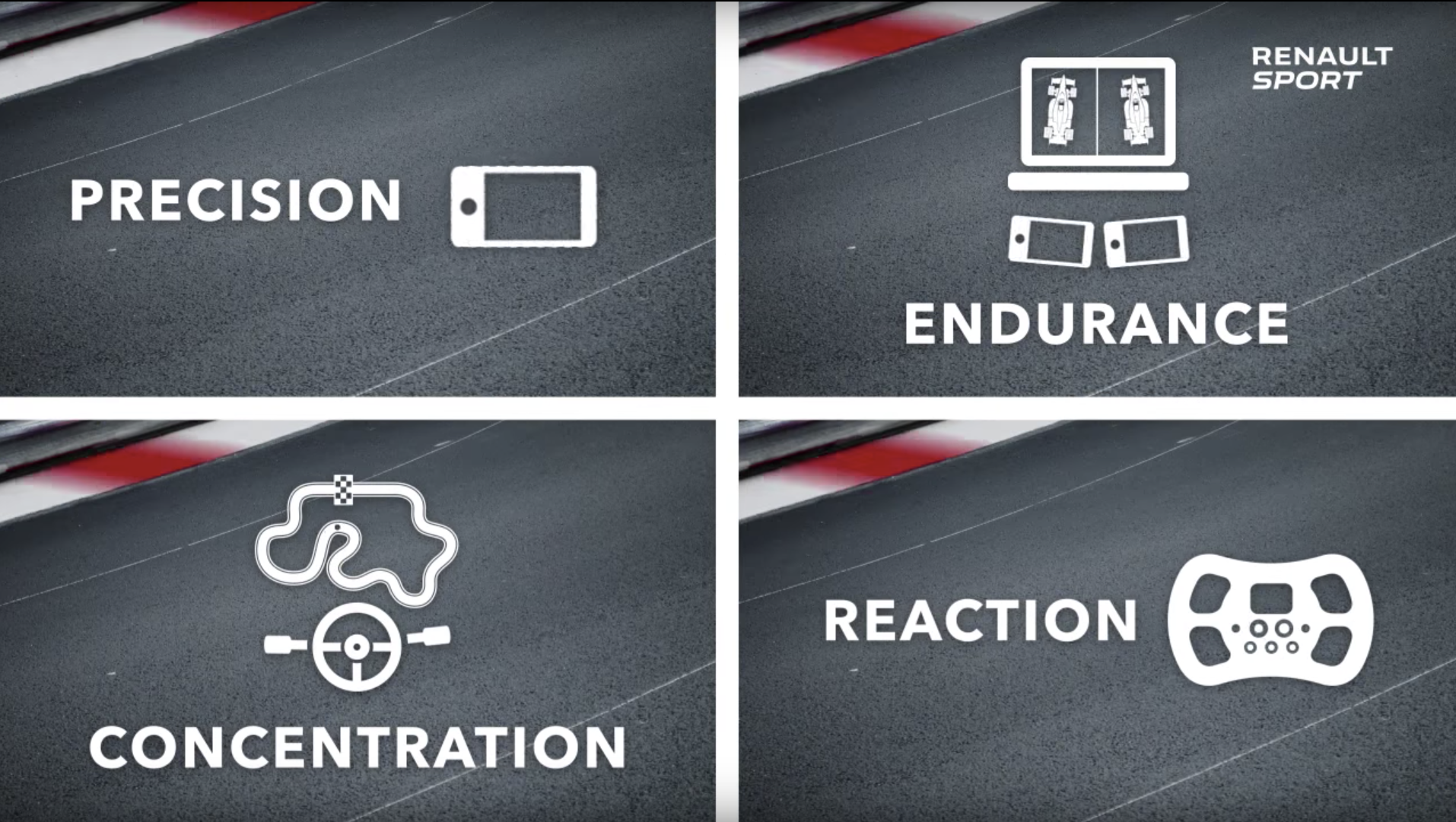 Renault Sport celebrates in 2017 its come back in Formula 1.

If you have always dreamed of getting behind the wheel of a Formula 1 race car, get ready for Bootcamp, a competition with an exceptional prize! Push yourself to the limit, overcome the obstacles and make it to the Enstone plant…

Your reflexes will be tested with four mini-games:

At the end of this initial phase, the top six players will be invited to the United Kingdom for a two-day Bootcamp. Following briefings with the engineers and physical tests at the Enstone plant, training will continue at the Silverstone race track behind the wheel of a Clio Cup and in an R.S.01!

It will then be time for the judges to reveal the name of the overall winner of the competition: whoever has produced the best performance will stay for an extra day at Silverstone for one final experience: drive a Renault Formula 1 race car!